According to the most recent Jobs Outlook Survey (JOS) published this past April by the Society For Human Resources (SHRM) only 7% of those surveyed expected layoffs for the second quarter for 2012. On balance that’s good news when compared to JOS data from prior periods which was far more discouraging.

But year-to-year comparison isn’t what I want to dig into.  I am more interested in comparing the employer categories with reference to those “most likely to conduct layoffs during the second quarter”.

What this shows is that government is the last to end layoffs and that private business is the first.  In other words, the recessionary ripple is slower and still moving through the government sector, the slow mover.  Good jobs with solid benefit packages will continue to be cut by government long after the same has taken place in private business, the fast mover.

This will continue to dump ex-government workers into the job market adding to the overall supply.  For the other employer categories this is good news, as the general oversupply of workers helps to keep labor costs (wages and benefits) down. Of course, not such good news for those receiving pink slips.

But what about those government workers now unemployed?  It’s not fair to generalize as “the government sector” is massive, yet I will just the same. I wonder how difficult it is for these types of workers to see themselves as Free Agents, especially those with a fair amount of tenure at their old jobs?

How difficult is it for them to re-program their mindset to one of independence and pro-activity? How long will it take those that need to continue working to get on with their job search? How will they handle the process of pursuing non-government positions?

Referring to my previous post, I can imagine many of these people needing to “get real” in a hurry.  This means not fighting the need to adjust to the Free Agent employment world that is gaining momentum daily.

Posted by Unknown at 4:13 PM No comments: 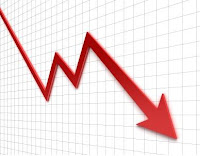 A favorite topic of mine is the steady decline in employment benefits available to American workers, particularly health insurance. This decline continues year after year and profoundly affects most working individuals and their families. In part this is why real wages have not increased much since the mid-70’s. However, stagnant real wages have been with us for nearly 40 years, grinding away in the background largely out of view for most Americans.

Why? First of all you have to pay attention to this “Dismal Science” issue, not something for which Joe Public has shown an affinity. Furthermore it’s come about gradually, easily knocked off the radar screen by oil shocks, inflation, the go-go 80’s, digitization, mini-wars, the internet stock market bubble, 9/11, bigger wars, and the real estate equity bubble (which of course, burst). And things looked and felt pretty good as each of these bubbles inflated. But then pop and the let-down, revealing worsening situations in real wages and employer provided benefits.

But Joe’s not looking. He has no energy or inclination to noodle macro not to mention microeconomic issues. His lily pad has shrunk and there’s no time and no choice. He plows on. And he might even find himself unemployed.

First of all, get real. Joe is in fact a Free Agent and has been all along. Of course he didn’t know it and may not realize it now. But he is and it’s in his best interest to take on this mindset ASAP. And if he doesn’t?  Well then he’ll begin again to build his house on a faulty foundation. In effect, starting from where he is not. Joe can only truly move forward if he starts from where he really is. The first step must take place within Joe.

Even though economics in general and economic policy in particular is of real interest to me, it’s beside the point and not the primary focus of this blog. Where we are, is where we are. Nothing changes until we wake up and take stock. The marketplace cares not.

Digging deeper into all of this and how it impacts Joe, is something I look forward to doing.  I will do so by introducing concepts that I use daily, such as being a Free Agent.

Until then, travel well.
John Jeffrey Lundell
Posted by Unknown at 7:12 AM No comments:

A New Blog and Platform

A new blog-site and the first step in creating a new platform.  I have lots of plans which I will share going forward, not the least of which is a series of e-books on the job search process designed for various target audiences.

Building a platform is what's recommended and this is what I intend to do.  Undoubtedly I will have other websites from which to market to target groups.  But that's down the road.  For now, I will concentrate on using this site to pave the way.  From past experience I know how challenging it can be to keep up with only one site not to mention other social media venues and specialized websites.  So I'll take it one step at a time working toward the objective.

Posted by Unknown at 1:15 AM No comments: