New Jobs and What Employers Want

An August 4th article in the LA Times by Don Lee provided a nice overview of the monthly jobs data reported for July. 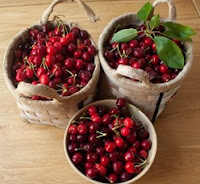 Cherry picking from the article here are a few interesting tidbits:


Further to the info above, just released data from U.S. Bureau of Labor Statistics shows that productivity increased by 1.6 percent during the second quarter of 2012. Okay let's review.

Regardless of month to month fluctuation, job growth is flat, keeping pace with new workers coming into the market only. Not much progress has been made eating into the over-hang, the 12.8 officially unemployed (note that the unofficial rate is likely around 14.5 % but that's another story). Productivity on the other hand has gone up indicating that employers continue to become more efficient as the recession continues (I won't split hairs on the definition of recession, as a practical matter its still game on).

So what does all of this boil down to? In short, we're treading water in job creation and many of the new jobs coming into existence are low paying with minimal benefits.

And, business is continually learning how to do more work without adding people. A portion of this increased productivity comes from innovation and technological development but also from people doing more for the same pay, in effect working for less. Businesses are (understandably) being cautious and picky in their hiring, looking first to increase productivity by means other than hiring new workers.

But when businesses do hire, what do they want to get in return? Service. Your service leading to more efficient productivity and greater profit for the business.

Now think about this.

Businesses concerned with the least expensive ways to increase productivity are not interested in (just) your time. Nope, time comes free with service but has no value as a stand-alone.