The Worst Type of Elimination 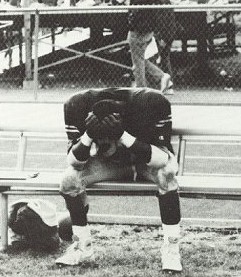 And what is it?

And what's even worse is not knowing that you did it. Being clueless.

More often than not this is why people don't get hired. They do something that results in their elimination.

Easy examples of this include; improperly completing an application, missing a deadline, being late for an interview. Overt, bonehead moves that make it easy to drop an applicant.

Less obvious but leading to the same result are; applying for positions you are not qualified for, not stating in the cover letter/email that you meet the requirements, following up by phone instead of showing up in person.

Job One for the prospective employer is to eliminate you. Nothing personal here, just a matter of cutting down the pile (at least initially). Furthermore, the odds favor their continued use of the same until there's only one candidate remaining.

Accept this and build around it. Do everything right. Afford the other team no opportunity or reason to prematurely remove you from the running. Take a page out of Mike Shanahan's Super Bowl XXXII playbook and use a prevent defense as a major part of your offense (in spite of John Madden's opinion to the contrary).

But what about confidence and selling yourself? Confidence, tempered and objective based, yes. Selling yourself? No, not yet. It is too easy to forget the elimination game plan of the other team when you are overly focused on JUST putting points on the board.

Move beyond the idea of selling yourself and devise an approach that incorporates two things.

First, use a prevent defense as offense. Know that staying in the game is the game.

Second, employ a marketing based approach that shows (by how you roll) you understand the game.

As to this last point, keep in mind that nothing gets sold before it's marketed.Your services are no different.