Home improvement giant Lowe’s is struggling at least compared to others in the same category, especially Home Depot.

Recently the company announced it was buying 60 of bankrupt Orchard Supply Hardware’s 90 stores. If all comes together on the deal Lowe’s will increase it’s presence in 113,000 square feet vs Orchard’s stores that are around 36,000 square feet.

So what does this have to do with job search and workforce issues?

For starters it shows that Lowe’s is looking for change, which in turn might mean fewer hands needed.  Shareholders aren't interested in seeing their company play second fiddle as the tide in home improvement continues to rise. But is the tide rising, really? 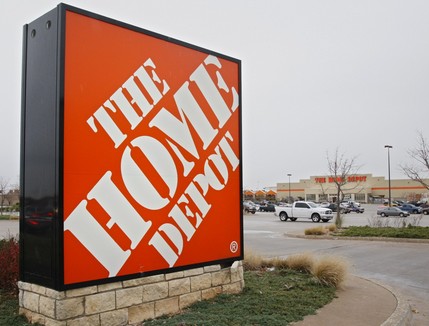 Going forward, the big box model in this business segment may not support more than Home Depot, the largest fish in this pond. Things are much better for them these days however their positive sales and profitability numbers could be coming at the expense of Lowe’s. Both companies grew and expanded as the housing market inflated. There's a lot of "old business" that must return before existing assets are full utilized. Even a robust recovery may not bring this about.

Look for free agency for some of Lowe's 160,000+ employees. The Orchard buy indicates transition is under way. So far it's slow giving workers a chance to consider where they stand. Nonetheless we're all free agents. Lowe's employees should be picking up on this and taking stock of their current situation.

In the short term, Lowe’s move to buy the Orchard assets should save jobs in the stores it acquires. In the long run if the small footprint model proves successful it could become a real alternative to Lowe's big box format. The Orchard buy is important because it is a big departure from what used to work for Lowe's. But even if successful, Orchard-izing alone may not be enough to prevent store closures, overall organizational shrinkage, and fewer jobs at Lowe's.

But it’s too early to tell. Home building forecasters predict a 24+% increase in business this year and nearly 29% in 2014. Will Lowe’s as we know it be able to hang in there? Will Home Depot continue to nibble at Lowe’s lunch?

Nonetheless an improving housing market does not a bubble make (thank goodness). Lowe's and Home Depot were hit hard by the recession in part because they grew as the bubble grew. But the pop hurt. It's hardly a stretch to imagine Home Deport actually buying some Lowe's stores. This would result in Lowe's becoming a combo big box / mid box operator. Who knows, it may be Lowe's that comes out ahead. Keep a sharp eye peeled Ace Hardware.

In the meantime, I'm ready to assist any Lowe's folks looking to make a preemptive move. Just give me a call.