Those of us that came of age before PCs, cell phones, and social media, have experienced first hand the trends described in Death of the Salesman, an article by Derek Thompson in the June issue of Atlantic Monthly. Thompson describes the situation facing brick and mortar retail and the resulting plight of associated sales jobs. Compared to the pre-digital era, most retail workers today hold down J-O-B positions (just over broke). It's becoming the land of the part time and temporary worker. A near pure play in Free Agent-ism.

According to the article the two biggest factors are Walmart and eCommerce, with the latter posing the biggest challenge over time.

Walmart's impact on traditional retail is hardly a new story. As Thompson points out, its all about price.

Shoppers can save up to 30% over competitors, even after other retailers have adjusted to Walmart's presence. The counter balance to lower prices shows up in customer survey results, which are consistently lousy. This has created a Reverse Walmart Effect in a way. Consumers desiring a more satisfying shopping experience go elsewhere, for example to Costco, Trader Joe's, Whole Foods, and Nordstrom. On balance, workers at these businesses are paid better and are more productive in terms of sales.

Nonetheless there's no ignoring the incredible tear that Walmart has been on since the 60's. Their business model has been formidable. And yet, as predatory and efficient as Walmart can be, they too have had to make adjustments. Since 2008 their workforce has decreased by 20,000 in spite of opening 455 new stores according to Thompson's research. The Great Recession has pinched all retailers.

But this is far from the whole story. Even the mighty Walmart can't ignore the growing threat from eCommerce. The challenge has been 20 years in the making and now its front and center. The paradigm shift is real and unavoidable. Estimates have it that the Web will capture 8% of all retail sales by the end of 2013. 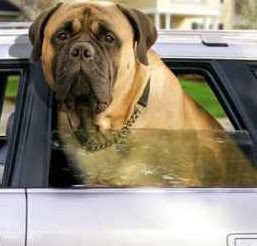 The big dog in this category is Amazon which takes in 25% of all online sales. They're recent endeavour involves selling groceries in selected California markets after extensive testing in Seattle. Webvan couldn't do it 12 years ago but betting against Amazon, considering their online experience and warehouse network, doesn't seem very bright. Run this out another 10 years and Free Agency could be rampant throughout the ranks of brick and mortar retail.

Cetainly Walmart is efficient. But when it comes to sales per full time employee, Amazon's $600k per, is chilling. That's 3 times the retail average. Twenty years ago when the Web and eCommerce were just getting started, people went to the store to shop. Now they can do it from the beach using their smart phones.

To survive over the next 20 years, all types of retailers will have to adapt and adjust. Coming out of it will be employment opportunities in IT, customer service, and logistics. But efficiency will rule the day and old-school retail positions will be trimmed to the bone.

If you are there now, look to re-tool and get out. If you are thinking about working in retail, take a hard look at the category and find a niche within it - or move on to something else.